Weber Max, and Talcott Parsons. The Protestant ethic and the spirit of capitalism. BN Publishing, 2008. 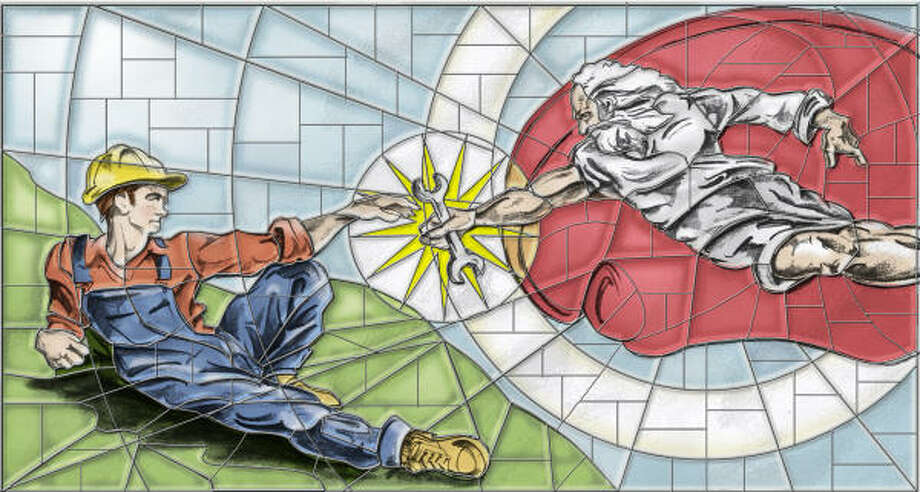 The Protestant Ethic and the Spirit of Capitalism has been popular among the scholars of relgion and sociologists in establishing the prominence of ideas over the centrality of material conditions in the making of history. Weber argues that religious asceticism was a central force  in the genesis of capitalism.

In The Protestant Ethic, Max Weber sets out to demonstrate a historical connection between the development of capitalism and the rise of the Protestant movement. In his introduction Weber poses a rhetorical question – “What combination of circumstances the fact should be attributed that in Western civilization, and in Western civilization only, cultural phenomenon has appeared which (as we like to think) lie in a line of development having universal significance and value” –  that notices the distinctiveness of the Western culture. According to Weber, only the West has witnessed noteworthy developments in the fields of rationality, science, political order, and capitalism. Weber is clear in distinguishing modern capitalism as a rational system from other traditional economic activities.  Capitalism, for Weber, has two essential characteristics: (1) a systematic disposition of the labour and (2) continuous reinvestment of capital in the capitalistic enterprise. The traditional economies lack of rational and systematic approaches of that is why it was not possible to develop a free labour capitalistic enterprise in the Middle Ages. Against this historical backdrop, Weber sets out to highlight the way protestant ethical maxims are complementary to the development of Western capitalism.

The book unfolds in two parts. The first part mostly comprises “The Problem” Weber unpacks and outlines the overarching subject of his inquiry – namely, expression of the old Protestantism, namely Calvinism, behind the rise of modern capitalistic culture. The second section examines the problems by taking a closer looking at the subject of inquiry – the relgious root of Western capitalism.

The first chapter begins with a survey of economic disparities in Europe. Noticing a robust Protestant presence amidst economically prosperous areas, Weber considers a causal link between economic advancement and religious leanings. While highlighting that affluent regions were protestant, Weber gives reasons for the underdevelopment of the Catholics. He notices how different pedagogical orientations lead to unequal progress in the accumulation of personal and industrial resources. The Catholics, for example, prioritised learning philosophy and history, along with choosing to go with skilled workforce that included artisans. In contrasts, protestants preferred industry-oriented jobs where through sheer hard work they sought promotion and moved up in professional rankings.

Secondly, Weber observes that it’s not that the Catholic Church was overly controlling. Instead, it wasn’t controlling enough, as the reformists contended. Weber is quick to point out the way Catholics and Protestants perceived each other. The Catholics saw the Protestants justification of economic rationalism linked with inner conviction as materialism. On the other hand, the Catholics were criticised for their “other-worldliness”. While there might be some truth here, Weber is quick to acknowledge that there could be a link between other-worldly faith and material success. Yet, he recognises that the “old Protestantism” of Luther, Calvin, Knox, Voet had little to do with what today is called progress. But there is a specific expression of the old Protestantism, namely Calvinism, behind the rise of modern capitalistic culture. Weber concludes the chapter by locating the rise of capitalism in purely religious characteristics.

The third Chapter, Luther’s Conception of the Calling” deals with the social impact of the Protestant notion of calling. For Weber, the idea of calling, a sacred ordering principle inspired people to work as if God ordained it. This was in sharp contrast to the Catholicism which understood earthly life as the irrelevant and favoured afterlife. Emerged out of the Reformation, the notion of calling, for the first time, bestowed religious significance on the world activities. Weber notes that it was Luther who first developed the notion of calling. However, it was Calvin who improvised on this notion, by adding that worldly works are the mark of salvation. Wordily success in this sense points to spiritual progress. One’s material success demonstrates one’s spiritual status. Such an idea offered support in seeking material gain. But while Calvin supported material gain, he also was quick to point out that flamboyant display of wealth must be curbed.

The Fourth Chapter begins with a survey of Calvinism, Pietism, Methodism and the Baptists, to highlight the common thread of worldly asceticism. Weber begins by discussing predestination, an important doctrine of Calvinism. According to predestination only the selected few would go to heaven. And to be sure if one is chosen, one must have the knowledge and confidence in one’s salvation which will result from living an ascetic life in the worldly activities.  According to Weber, such a sentiment puts a strong emphasis in the worldly vocational calling and rejected sacraments associated with Catholic traditionalism. While Luther emphasised the importance of grace in attaining salvation, his doctrine offered little regarding asceticism. But moving beyond Lutheran traditionalism, ascetic Protestants were increasingly rational and methodical in their activities. Calvinism advocated self-discipline and systematic way of living life on a consistent basis, whether it was a personal affair or political or economic responsibilities. It was far more action-oriented, seeking to display faith through worldly activity.

Weber also notes how Methodism and Pietism and the Baptists lacked the necessary ingredients in order to establish a consistent form of ascetism. While Pietism offered a rigorous system of organising life in one’s calling, it strongly emphasised the doctrine of predestination which meant that not everyone was predisposed to attaining grace through human activities. Baptists, on the other hand, advocated avoiding worldly pleasures. Methodists were emotionally linked with the ideas of prevenient grace and absolute forgiveness. Human activity in this sense had little to do with one’s salvation. Similar to Pietism, Methodism also lacked the foundational basis for worldly asceticism.

In the fifth chapter, Weber seeks to understand the link between Protestant asceticism and capitalism. Weber observers in the writings of Richard Baxter enormous disdain towards wealth. Baxter objected any temptation that keeps one away from pursuing the righteous path. Baxter emphasised the importance of an ongoing mental and physical hard work, associating any kind of laxness with sickness or sinfulness. Drawing on Baxter’s work, Weber points out the attitude toward avoiding worldly pleasures ironically complimented capitalism. Spontaneous enjoyment takes people away from their duty and calling which is essential to capitalistic production. A disciplined hard work is required to sustain a capitalistic economy. Also, the Puritans rejected spending money on worldly pleasures and emphasised the importance of holding onto their wealth, and even increasing it. While wealth is not bad when attained through hard work, the pursuit of wealth in itself must be avoided.

Weber concludes the final chapter by admitting that there well might be several other forces behind the rise of capitalism that is not considered in his book. I agree with Weber; it is highly improbable that the Calvinistic doctrine is the sole ordering principle behind the rise of modern capitalism. While there might be a lot of value in considering that Calvinism offered some key ingredients to develop the kind of business ethic associated with piety, it would be too limited, as Weber admits in the end, to attribute the rise of capitalism to Calvinism alone.