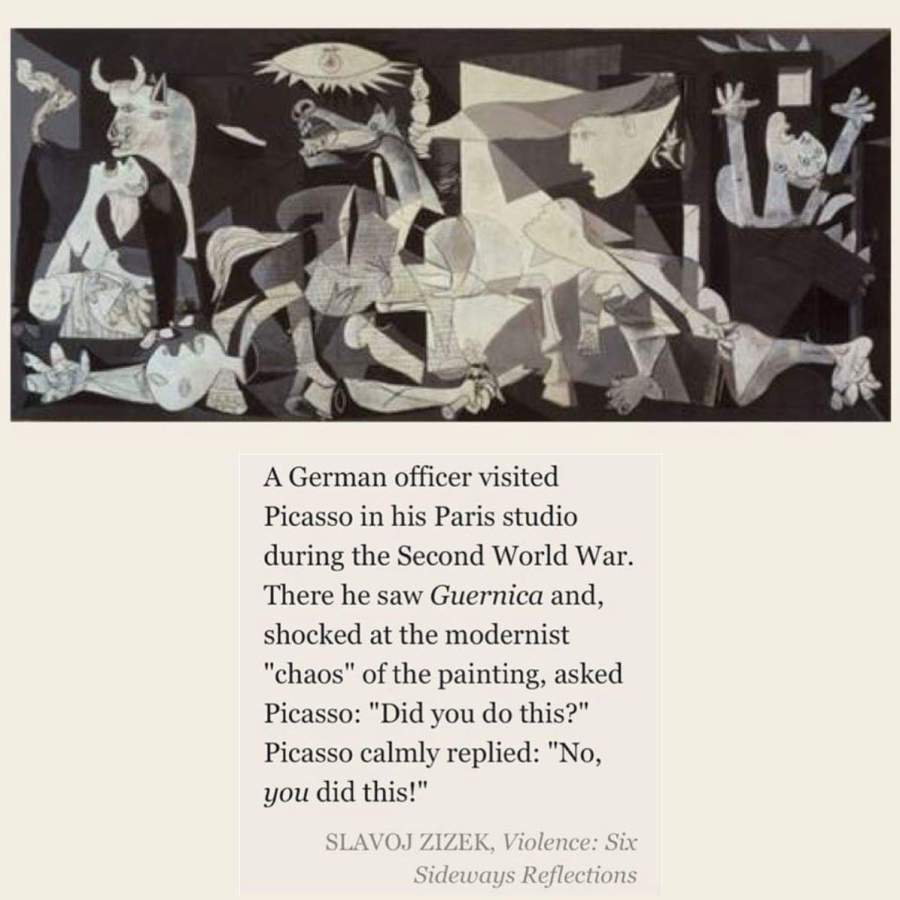 In his monograph Violence Slovenian philosopher Slavoj Zizek reconceptualises the notion of violence. While not an exhaustive review, here is a brief summary of his idea on violence which I find greatly beneficial when reflecting on what happened in Christchurch.

The book opens by noting that when we think about violence we tend to think about criminal acts, acts of terror, civil unrest, and war. This is the first level violence, the most obvious which he calls a “subjective violence”.

On Zizek’s account, if we wish to understand violence we must step back from the “fascinating lure” of this type of “subjective violence,” that is, “violence performed by a clearly identifiable agent,” and we must look at the violence in the background that generates subjective violence.

To put it differently, subjective violence, commonly understood as criminal acts and acts of terror, never happen in a vacuum. Zizek emphasises this point by saying that “This is the starting point, perhaps even the axiom, of the present book: subjective violence is just the most visible portion of a triumvirate that also includes two objective kinds of violence.”

Zizek points out how systemic violence is normalised, and therefore hard to detect. According to him systemic violence is invisible because it is the “normal” state of affairs, the background against which we perceive subjective violence as disturbing. In other words, there is a violence before violence – there is objective violence at the level of systemic and symbolic before it is outwardly manifested in a subjective manner or in the acts of terror and crime etc.

Accounting that “it may be invisible” Zizek adds that “it has to be taken into account if one is to make sense of what otherwise seem to be ‘irrational’ explosions of subjective violence.”

Zizek explains what he means by systemic and subjective violence and how they are linked, with a story from 1922 when the Soviet government forced into exile a large group of anti-communist intellectuals.

The anti-communist intellectuals left for Germany on what became known as the “Philosophy Steamer.” Among them was the philosopher Nikolai Lossky, who “had enjoyed with his family a comfortable life of the haute bourgeoisie, supported by servants and nannies.” Lossky was puzzled as to why the Bolsheviks wanted to destroy his “gentle” way of life aimed at filling the world with high culture.7

While Lossky was without doubt a sincere and benevolent person, really caring for the poor and trying to civilize Russian life, such an attitude betrays a breathtaking insensitivity to the systemic violence that had to go on in order for such a comfortable life to be possible. We’re talking here of the violence inherent in a system: not only direct physical violence, but also the more subtle forms of coercion that sustain relations of domination and exploitation, including the threat of violence.

Zizek’s argument is that since the Lossky family was blind to systemic violence (before the communists took over), they could not understand threats of violence directed against them around the time of the Bolshevik revolution. For example, Lossky’s son was taunted by a working class schoolmate with the shouted words, “the days of him and his family are over now.”

To the Losskys, this act was incomprehensible, an evil coming out of nowhere. Zizek however argues: “What they didn’t understand was that in the guise of this irrational subjective violence, they were getting back the message they themselves sent out in its inverted true form.”

Zizek deploys the concept of systemic violence to indicate that the pre-existing social structures and institutional practices, such as political domination or capitalist exploitation, cause people to engage in subjective violence, both individually – theft, fights and murder – and collectively – war and riots and terrorism.

For Zizek, “explosions of subjective violence” appear irrational only if we don’t take into account systemic violence as their “invisible” background. And, it is the failure to grasp systemic violence that leaves us bewildered when confronted with the brutal acts of violence in a subjective way.

2 thoughts on “Notes on “Violence” by Slavoj Zizek”