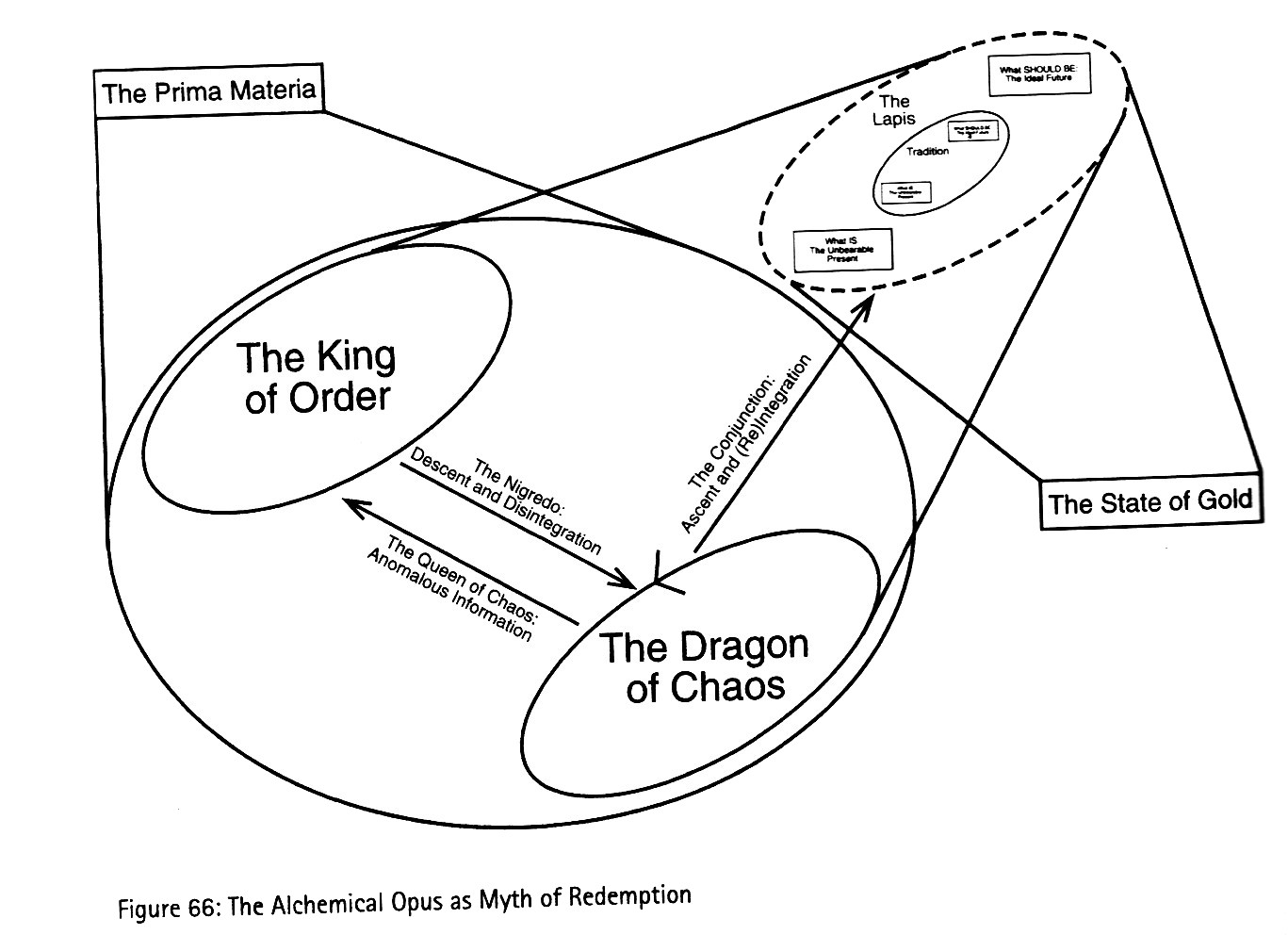 We are all living a story which we do not understand. What if human beings, although not fully aware, are acting out a narrative?

For Peterson the world has a deeply meaningful structure. But it might not be so apparent in this nihilistic postmodern world which claims “everything is subjective”; “everything is relative”.

To discover this meaning one must move beyond mere empirical description of the world. The empirical or scientific description, preoccupied with objectivity, strips the world of meaning, of affect, of valance and of drama embedded deeply within its structure. It is not enough to simply know the world as an object but also to know the meaning it carries for human action. The world, therefore, should be construed, not in objective terms, but in phenomenological terms.

The phenomenological world is primarily concerned with meaning of the environment in which individuals find themselves. This environment, Peterson claims, should be considered as “what is and has always been common to all domains of human experience, regardless of spatial locale or temporal frame.”[1] of reference. All human being, regardless of time and space that separate them, are united in their experience of the world which is constituted by three key elements: nature, culture and the individual[2]. Nature and culture are on the opposite extremes, representing the domain of unknown and known[3]. What is unknown is the nature. Consequently, what is known is the culture. The individuals, phenomenologically speaking, is the knower who is caught up between the two extremes of nature and culture. The knower must accept the reality of existence and learn to live between the two bipolar forces of nature and culture – known and unknow – by negotiating and overcoming the unpleasant and often unforeseen realties of the contrasting domains.

Secondly, each of these categories are characterised as being universally paradoxical, appearing both positive and negative to human apprehension. Navigating through the paradoxical dimensions of these categories is a central challenge that universally characterises human existence. No matter where human beings are in the world, they must face the natural world in all its ambiguities. On one hand, the natural world, Peterson describes, offers “the great realm of beauty and endless possibility that makes up the extended reaches of our being.”, but on the other it is “the eternal susceptibility of the human organism to mortal vulnerability, physical limitation and psychological isolation”[4]. It is creative but also destructive. It can bring forth life but can also cause calamities. It can fill us with beauty and awe but can also induce fear and anxiety. The vagaries of nature mean that its meaning is deeply paradoxical to human apprehension. Equally paradoxical is the social and cultural world – the known world – in which individual have their existence. While the social world offers protection, order and familiarity, it can also descend into tyrannical if the imbalance occurs, [5]. It can be helpful, but it can also hinder individual progress. It can be oppressive, but it can also give rise to creativity. It can give but it can also steal: “Culture takes with one hand, but in some fortunate places it gives more with the other”[6]. The vagaries of nature and culture spills into Peterson’s conceptualisation of individual being. The individuality is both a gift and a curse[7]. While acknowledging that human individuals have great capacity for wrongdoing, Peterson also believes that within each individual person is the image of God and therefore inherent capacity for goodness. Beyond any spatial and temporal frame, Peterson favours a paradoxically shared universal essence of human experience in the world. He outlines that all human beings, across time and space, are experiential being. All human beings experience fear, anger, happiness, disgust, curiosity, lust, jealousy, envy, surprise, etc. The world of conflicting experience means that each individual is faced with the capacity of transcending the social and cultural order but is also limited and bound by the fact of their natural mortality[8]. The world as experienced therefore appears fundamentally ambivalent and paradoxical to human apprehension.

Questions remain though regarding the source of these categories. Where does Peterson derives these categories from? What is the root of the three consistent yet paradoxical constituent elements that structure the world?

For Peterson this structure of the world manifest itself in a form of mythical narratives. Hence, mythological narratives become the basis for deriving the categories of nature (unknown), culture (known) and individual (knower). The experience of the phenomenological world takes a form of myth within the semantic system of the time. Peterson believes that “Narrative accurately captures the nature of raw experience”[9]. Subsequently, if narratives have the capacity to accurately capture the experiential world then they also become the basis for discovering the inherent meaning of the world.

Human being, Peterson maintains, fall under the spell of narrative, of myth as soon as they attempt to attribute meaning to things they experience. In return the attributed meaning shapes behaviour. For Peterson, things are meaningful because they give rise to action in their presence[10]. To demonstrate this point Peterson gives an example of a toddler (the knower) who, out of sheer curiosity and accident, touches a fragile glass sculpture (the unknown). She observes its material characteristics, its color and shine and how it feels to her touch etc. All this is her primary experience of the sculpture. But, then, her mother (known, the cultural voice) interferes. She grasps her hand, telling her never to touch the object.

However, the mother is not an isolated being herself. Instead her “being presupposes culture”[11]. In other words, the mother is a product of her culture, through which she has learned that the sculpture, in its unaltered form, is meaningful. Mother’s individual psyche is integrated within the social psyche.

What this means is that the human beings, although not fully aware, are acting out a narrative which has been passed down through the centuries in a behavioural form. The behavioural patterns which forms the story is stored in social behaviour. The stored-up behavioural, according Peterson, is the most fundamental definition of the “collective unconscious”[12]. Drawing on the theories of Carl Jung, Peterson maintains that the collective unconscious account for the universality of embodied behavioural wisdom. Building on Jung’s work, Peterson claims that the medium through which the collective unconscious is transmitted is culture: Adults embody the behavioral wisdom of their culture for their children. Children interact with adults, who serve as “cultural emissaries.”[13]. For Peterson, even though we do not fully comprehend why we do what we do, we do it anyway. The collective unconscious animates and informs the behavioural patterns of the conscious social beings without the fully disclosing its presence. “We are all” in Peterson’s word, “imitating a story that we don’t understand”[14].

Secondly, the collective unconscious takes the form of mythological narratives when the behavioural patterns are abstracted and condensed in a form of metaphoric or archetypal images. The archetypal images of human experience of the world – for example of an admirable adult, an identifiable individual, keeps her house tidy and neat, reconciles her warring brothers and learns hard moral lessons when such learning is necessary. The archetypal hero makes order out of chaos, brings peace to the world, and restructures society when it has become rigid and anachronistic[15] – serves as the building blocks for myths. The distilled images, although emerging across different time and space, take form of a story with a universal structure. The universal structure of the narrative is the archetypal representation of the structure of the world, as it is experienced, in narrative form[16].

What does this form looks like, though? What form might the (unknown) nature, (known) culture, and (knower) individual take in a mythic universe?

[1] RELIGION, SOVEREIGNTY, NATURAL RIGHTS, AND THE CONSTITUENT ELEMENTS OF EXPERIENCE

[2] RELIGION, SOVEREIGNTY, NATURAL RIGHTS, AND THE CONSTITUENT ELEMENTS OF EXPERIENCE

[4] RELIGION, SOVEREIGNTY, NATURAL RIGHTS, AND THE CONSTITUENT ELEMENTS OF EXPERIENCE

[8] RELIGION, SOVEREIGNTY, NATURAL RIGHTS, AND THE CONSTITUENT ELEMENTS OF EXPERIENCE