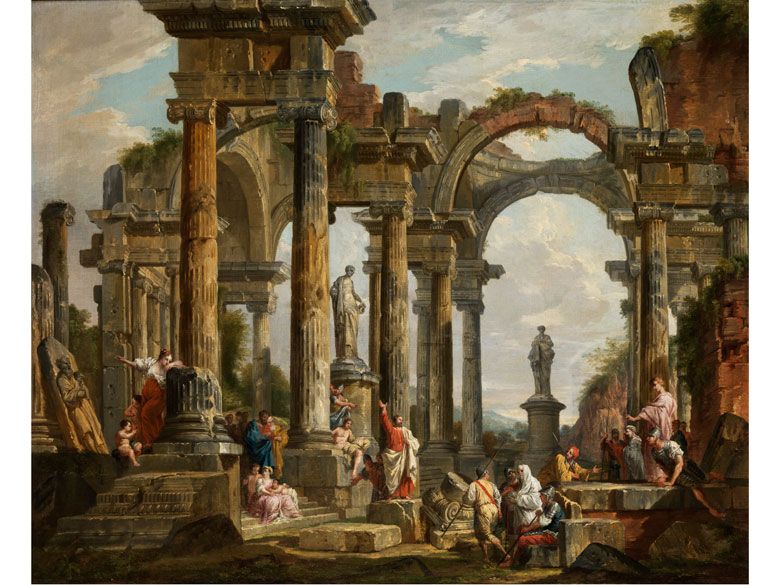 Fredrich Nietzsche’s 1873 manuscript “On Truth and Lies in a Nonmoral Sense” opens with the following scene.

Once upon a time, in some out of the way corner of that universe which is dispersed into numberless twinkling solar systems, there was a star upon which clever little animals invented clever words, like truth and goodness. That was the most arrogant and mendacious minute of world history, but nevertheless, it was only a minute. After nature had drawn a few breaths, the star cooled and congealed, and the clever little animals had to die and with disappears their proud words. One might invent such clever words, and yet he still would not have adequately understand how transient and arbitrary the human intellect looks within nature. There were eternities during which it did not exist. Indeed, the universe, without looking back, simply draws another breath and moves on. The cosmic dance continues across endless skies for eternity.

These are the questions often taken up by theology and philosophy, the two great titans of Western thought and culture. In the premodern period, there was a productive interplay between philosophy and theology. All the important doctrines of theology, including Incarnation and Trinity, were worked out in the early centuries, primarily in close dialogue with Greek philosophy. From the beginning of Christianity, church theologians and scholars often sat down to table with the wisdom of this world to work out their own suppositions about the reality of God.

Saint Augustine is a prime example, who injected into Christianity and Western culture a stream of philosophical assumptions that he inherited from Greek philosophers, namely Plato. Similarly, Saint Anslem, an ardent student of Augustine and, ultimately, Plato. Then we have Thomas Aquinas from the thirteenth century, a period when Aristotle had taken the central stage. And not to forget that the seeds of Protestant reformation were sown not in Wittenberg, Germany, but in the universities in Italy with a desire to return to the original text. The move undermined Aristotelian (scholastic) philosophy and marked a return to the Augustinian Platonism.

The two great titans of the West, theology and philosophy, share much of the similar concerns. Despite personal beliefs or disbeliefs, a philosopher par excellence never shies away from asking theological questions. Similarly, an astute theological mind is wary of the nature of philosophical arguments. There is a contest, but also collaboration.

Nowhere else, this is more evident than in the life of Saint Paul, who is found (in the reading from Acts 17) in Athens, Greece.  The story unfolds in downtown in the marketplace in Athens where Paul is preaching a new and radical religion to the common people. Some liked what he was saying, others violently disagreed. In the end, they said to one another “Let’s take him over to the City Council meeting”

Next, they brought Paul to a place called the Areopagus, which was the place of the Supreme Court. The Stoic philosophers were eager to hear what this new man had to say, so they allowed him to take the place of prominence on the gigantic stone often used for public speeches. It was perhaps the very stone where Socrates had made his last proclamations before his death. Paul, very much like Socrates, appeals to the people of Athens, “Athenians, I see how extremely religious you are in every way. For as I walked through your city I looked at all the objects of worship.”

Although Athens was nothing like it had been in the days of Socrates, the evidence of its former greatness was all around. Paul had walked through this majestic city, observing all the evidence of their search for the eternal and the beautiful. He had seen the glistening temples raised to Diana and Apollo and Zeus and Poseidon. He looked around at the perfectly artistic Doric temples. And then he noticed the Acropolis, the Parthenon, and many other altars and temples to various gods. The statues of marble, gold and silver were the most beautiful and perfect ever made.

Athens had been the home of the great philosophers from Socrates to Plato. The great dramatists Aeschylus, Sophocles and Aristophanes, wrote their magnificent works here. As Paul walked along, he noticed a monument dedicated to the “Unknown God.” Paul took his opportunity and proclaimed his message: “Athenians, what you worship as unknown, I tell you this is the God who created you and everything else in the world. But he doesn’t live in your shrines or your temples or your gold statues.”

Then Paul cut through to the basic matter of what they believed and what they aspired to. He went down the line with beliefs that he held in common with them by quoting their own poets in verse 28, “For In him we live, and move, and have our being;  as some of your own poets have said, ‘For we are also his offspring.'”

The first quote is a paraphrase of the Greek poet Epimenides. The second quote from the Greek poet Aratus who says, “we are God’s offspring.” In our very being, we are like God because we owe our existence to God.

What amazes me is that Paul did not dismiss but noticed a common ground between the Greek wisdom and the message he proclaims. Perhaps this is due to his upbringing in the city of Tarsus, which had a robust philosophical presence with the schools of philosophy which produced Stoic and Epicurean philosophers. Paul had an educated mind. As a learned Pharisee, he knew how to use rhetoric and develop sophisticated arguments. He never shied away from using philosophical concepts in his own teachings.

In fact, his work is saturated in Greek philosophy. For example, the teaching in the Philippians 4:11-12 about contentment may have been lifted out of Stoic philosophy (E.P Sanders). Secondly, the thought that “we fix our eyes not on what is seen, but on what is unseen, since what is seen is temporary, but what is unseen is eternal.” (2 Cor 4: 18) is Platonic to its core. Similarly, his teaching on church being a body of Christ is based on Stoic teachings that the universe is one vast organic body. And, not to forget, his idea of justice is influence by Cicero.

All of this makes sense when meeting Paul in Areopagus. There is no spiritual arm-twisting in his approach. Instead, he recognized their religious intent and acknowledged what good is in it. Perhaps heed for our time is in Paul’s approach. We are part of a world where religion, faith and creed have played a significant role in shaping our history, art and culture.

In her book “A History of God” Karen Armstrong mentions that “Homo Sapiens is also Homo religious”. Her historical survey suggests that men and women created religion as they created other cultural activities which means that one cannot extract religion from its social and cultural fabric.

Before modernity, religion was not a matter of private practice, nor did it belong to the private sphere. Instead, both religion and politics went hand in hand, shaping the contemporary realities within which social interactions happened. This is why often a religious conflict was also a social, cultural, and political one. Each religion was and to some extent still is tainted with the “tribal mentality”. Such mentality uses religion as a tool to assert its supremacy over other religions, culture and social values.

While no one can deny the stark differences that exist between different traditions, we may like to put a greater focus on the similarities. We may spend enough time differentiating ourselves from others, which will only lead us back into our echo chambers. Perhaps we can pay increased attention to what we all have in common, overcoming many differences in the world, which too often create quarrels and a need to feel superior.

Churches have often seen this story of Paul as a model for the evangelization of the intellectual world. “Use their own stuff against them.” “Quote their own material. “Give them the taste of their own medicine, and then slip in the message.” “Show them there is only one way, the way of Jesus.”

I am not sure that is what Paul was doing that day. That would be a poor model of fostering understanding and dialogue. It will turn a dynamic faith into a static truth. It will fix a point of truth, forcing everything to rotate around it.

Such a monopoly on truth will reduce religion or faith to the Nietzschean riddle. We will become clever little animals, on a little star in a distant corner. We will fall in the danger of inventing for ourselves proud words, like truth and goodness, compassion and justice, love and kindness to fit with our pre-defined agendas. Nietzsche knew that we humans are exceptionally good at telling stories to ourselves about ourselves. But the truth is external of us, as both Nietzsche (an atheist) and Kierkegaard (a devout Christian) claim.

There is no real learning with those with whom we do not agree unless we can imagine that we have as much to learn from our partners as we have to teach them. As I read this text, (and Paul in general) I admire Paul’s willingness to learn and appreciate what was foreign and different to the faith of his forefathers. I admire his acknowledgment of someone else’s intent and his deep passion for the gospel of Jesus.

In our multi-layered, multicultural, multi-faith context, if we are to find ways to live with one another, we simply cannot seek superiority. That path will lead only to pain and prejudice, as subsequent Christian history has made all too apparent. Indeed, we will be back to our little star in a distant corner. Instead the essence of our faith boils down to, in John Spong’s words,  “ living fully and loving wastefully.”

4 thoughts on “Pharisee among the Philosophers”